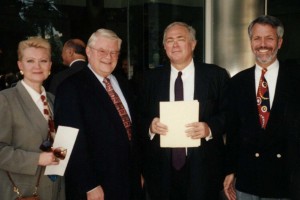 The heart of every school is the classroom where, with parents' support, children learn and teachers teach.